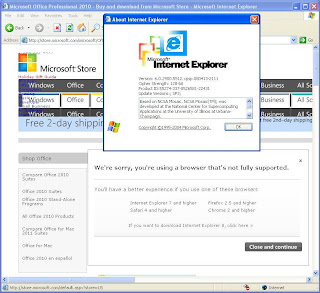 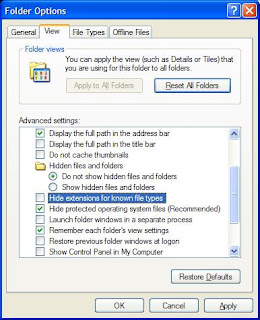 After struggling with MS Windows Vista on a Dell Inspiron 1520 laptop, the decision was made to "upgrade" to MS Windows XP Professional.

Upon installation of XP, the bluetooth device was working. Ethernet, wifi, and the camera were not working. Without network adapters, patches could not be downloaded.

This document from the Dell support website explains the order of drivers to install. Using the laptop service tag, 24 drivers were recommended. Downloading drivers one-at-a-time onto a USB flash drive was successful. The laptop recognized the flash drive, and drivers were installed in the order Dell recommends until installation of the Broadcom 440x network driver (R149798.exe) enabled networking. After that, the normal patching process was completed.

The SATA drivers were not correctly installing, so the drive needed to stay in ATA mode.

Using the Windows installer version of Ubuntu Linux, the installation was straight-forward, simple, and quick. It has it's own boot menu entry. Upon switching from ATA to ACHI (to use SATA), it boots and runs normally.
Compared to the MS Windows install, the Ubuntu install was unbelievably easy.
No comments:

Some MS Windows installations run slowly for several minutes, particularly after start-up or resumption from power savings mode. After several minutes, CPU usage will drop and the system will run normally. This may be caused by local caching of DNS lookups, which can be disabled. There will typically be no detrimental effects.

In task manager, look for 100% CPU usage by svchost.exe. The user name is NETWORK SERVICE.

Right-click on "DNS Client", and choose "Properties".
Change "Startup Type" to "Disabled".
Either restart the system, or press "Stop" button.

A virus scanner removed the MS Windows rundll32.exe file. The system still booted and would run, with many annoyances.

How to replace MS Windows \WINDOWS\system32\rundll32.exe 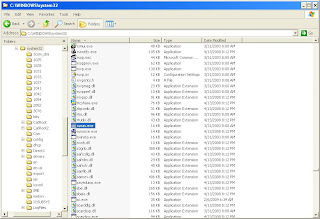 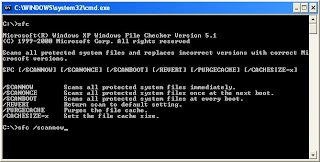 With the installation CD in the CD drive, expand the file from CD to the MS Windows installation. 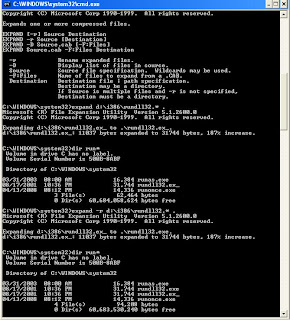 File rundll32.exe has been restored, with a current time stamp. 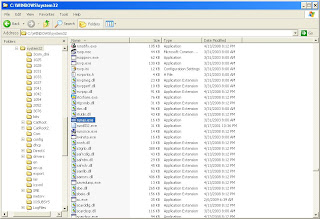 While not necessary, set the file attributes to read only. 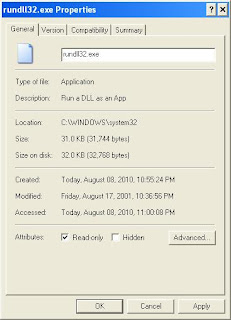 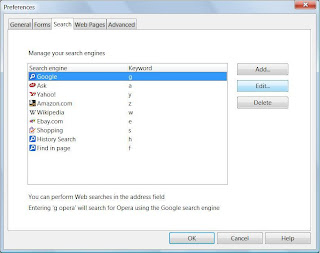 On a related encryption note, mobile phone voice security has been improved to include end-to-end encryption when using Android phones.
No comments:

jqs.exe is the Java Quick Starter (jqs.exe) task that runs in MS Windows. It uses 2MB of virtual memory.

For those who infrequently use java programs or who need the CPU cycles, jqs.exe can be disabled from the Control Panel --> Java --> Advanced and unselected Java Quick Starter. 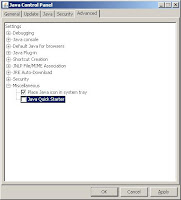 While I have been satisfied with products such as Spybot and Clamwin, Microsoft Security Essentials is free and may be worth a look.

Microsoft Security Essentials provides real-time protection for your home PC that guards against viruses, spyware, and other malicious software.
No comments: