This PC had video built in to the motherboard. The motherboard has one PCI Express slot for expansion. After carefully measuring available height and width, and upgrading the power supply, an ATI R7 360 GPU was purchased. 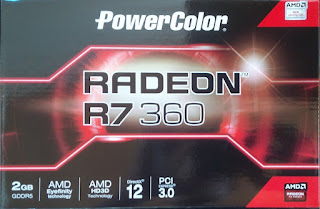 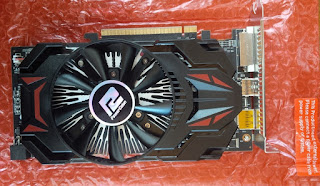 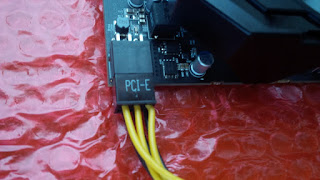 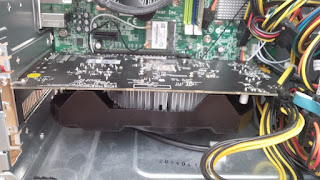 The installation of the GPU was tight, and took patience. Two metal slots were removed from the PC case. Note the additional power connector is on the right side of this picture.